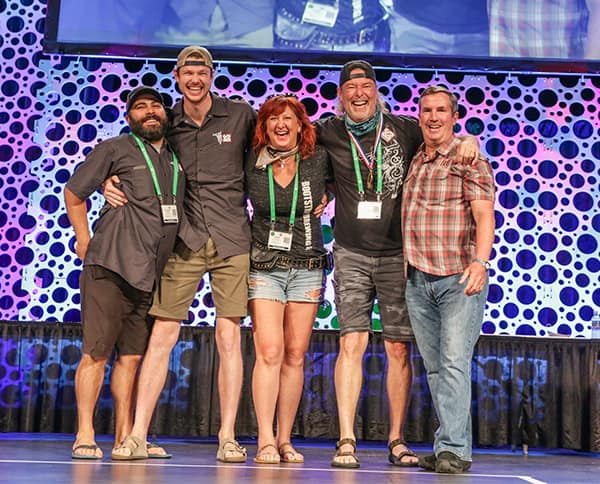 All photos must be credited ‘Photo © Brewers Association’

It’s your right to brag! Show off your beers’ “brewing excellence” by ordering additional GABF medals, award plaques, or glass-covered/open shadow boxes to display at your brewery/brewpub and other events. Order duplicates of the exact medal(s) you received at the Great American Beer Festival! These make great gifts for your favorite brewer or proudly display them in your brewery to show the locals how fantastic your beer truly is! Each additional medal is $38.75 plus shipping and handling. Please allow three to four weeks to receive your order.

Award-winning brewing companies are encouraged to use their Great American Beer Festival® (GABF®) awards in public relations and advertising campaigns. Each award-winning brewing company planning to make any reference to the Great American Beer Festival in any promotion is required to sign a licensing agreement with the Brewers Association, which was a part of the registration process.

This licensing agreement allows only for promotion of awards won from the GABF® competition and does not grant permission to utilize post-event judge feedback in any public or promotional manner, including information on an entry’s advancement through the various rounds of judging, or any other information conveyed on judge feedback. This information is confidential and for internal brewery use only.

Email Nancy Johnson with any questions about the agreement.

Complying with the BA Marketing and Advertising Code

In an effort to address concerns about beer names and related marketing properties that contain sexually explicit, lewd, or demeaning content that reasonable adult consumers would find inappropriate, beer names entered into the GABF should meet the guidelines in the Brewers Association Marketing and Advertising Code.

Starting in 2017, beer brand names that do not meet the Marketing and Advertising Code will not be allowed to use the Great American Beer Festival trademark/logos or name to promote said beer brand if it wins a GABF medal. Additionally, those brand names will not be marketed by the Brewers Association.

What you need to know:

Brewery of the Year Logos