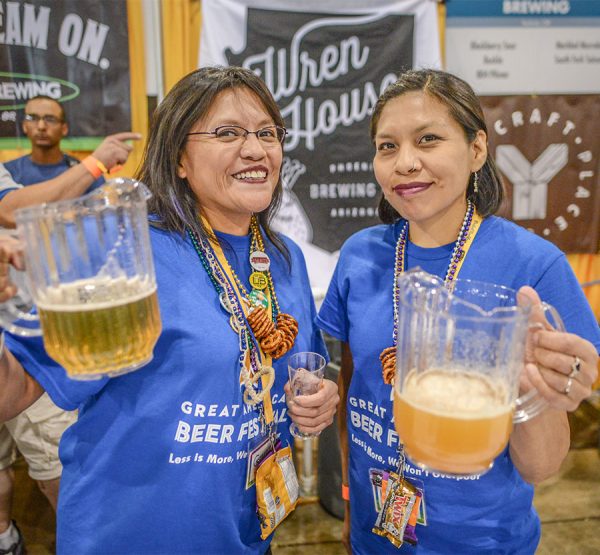 The Great American Beer Festival is the premier U.S. beer festival and competition.

Each year, GABF represents the largest collection of U.S. beer ever served, in a public tasting event plus a private competition. GABF brings together the brewers and diverse beers that make the U.S. the world’s greatest brewing nation.

GABF was founded in 1982, and has been growing and evolving along with the American craft brewing industry ever since.

Due to the global health pandemic, the 2020 festival will look different as it moves online. Learn more here.

What are the future dates for the Great American Beer Festival?

Where is the festival?

This year, the Festival comes to you both virtually and locally through a nationwide “passport” program.

Between October 1-18, Great American Beer Festival passport holders will have exclusive access to beery deals at participating festival breweries nationwide and access to exclusive online content during the virtual festival, October 16-17. Online content will include interactive events such as Brewers Studio happy hours, tastings, and interviews with brewers from around the country.

What’s the history of the Great American Beer Festival? 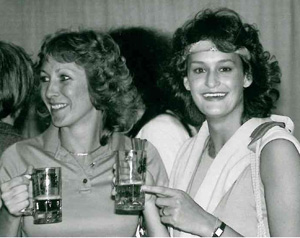 What is the Great American Beer Festival?

In a typical, non-pandemic year, the Great American Beer Festival is the American brewing industry’s top public tasting opportunity and competition. Tasting sessions offer attendees the opportunity to tour America’s brewing landscape, one ounce at a time, with access to more than 4,000 different beers from over 800 of the nation’s finest breweries. The GABF gathers practically every type of beer from all of the regions of the country, and are arranged alphabetically in the festival hall. The festival allows visitors to taste the largest number and the widest variety of hand-crafted products in the American beer industry. Due to the global health pandemic, the 2020 festival will look different as it moves online. Learn more here.

Who puts on the Great American Beer Festival?

How much are tickets?

This year, your “ticket” is a digital GABF Festival Passport. See the tickets page for pricing information.

Where can I buy my GABF Festival Passport?

Festival Passports are exclusively for sale on our website and will be emailed to attendees September 24.

With the purchase of the GABF Festival Passport, the holder acknowledges that participants must be of legal age to consume alcoholic beverages in the United States and agrees to the Festival Passport Terms of Service listed on our site.

What do I get for the price of my GABF Festival Passport?

July 15: Participating breweries will be published on a rolling basis

Does the GABF Festival Passport include a shipment of beer?

Unlike other virtual beer festivals, the GABF Festival Passport is a digital savings book. It will feature savings from participating breweries and does not involve shipping any product.

When will I get my GABF Festival Passport?

Virtual Festival Passport will be emailed to attendees September 24.

Will there be 2020 GABF merchandise for sale?

Your purchase supports the Brewers Association, the not-for-profit organization that produces the festival and champions the craft breweries you love.

Purchase the Festival Experience (Passport + T-Shirt) for $49  and save.

T-shirts are available in two styles and colors: unisex (vintage royal blue) and ladies fit (smoke grey). The front of the shirt features the GABF logo and text along with “Brewnited”—this year’s theme. The back of shirt, near the nape, includes the GABF logo along with Special Edition Oct. 16-17, 2020.

When will t-shirts ship?

T-shirts will start shipping via USPS standard mail on September 24, 2020.

How does the GABF Commemorative t-shirt fit?

Check out the measurements below (in inches) for the unisex shirt and ladies shirt.

T-shirts are made to order and all sales are final. No exchanges, refunds, or returns.

Will there be a collectible tasting glass?

Stay tuned—we are working an option to keep your collection complete!

Are there any promotions available to members?

From June 26-July 10, American Homebrewers Associaton (AHA) members get $5 off the purchase of a GABF Festival Passport+T-Shirt with an exclusive promo code. The code was emailed to members on June 26 and can be found in the AHA Member Profile.

Join the American Homebrewers Association by July 10 and find your promotional code in your account profile after you join.

What and when are the sessions?

During the virtual festival, October 16-17, GABF Festival Passport holders will have access to exclusive online content including Brewers Studio happy hours, tastings and interviews with brewers from around the country. Details will be published mid-August.

Why is the 2020 Great American Beer Festival virtual?

The health and safety of our attendees, brewers, volunteers, judges, and employees is and always has been our top priority. As the world is still greatly affected by the spread of COVID-19 and will continue to be affected for the foreseeable future, we must stay true to our priorities and pursue other ways to host GABF. Read the announcement here.